There is little doubt that Dave Lloyd was one of the greatest cyclists this country has ever produced.

It was just unfortunate his professional career was cut short because of a heart irregularity and he lost the three best years as a cyclist between 26 and 29 years of age! There is also little doubt he would have had a podium finish in the Tour de France, such was his ability in stage races.

He proved this in the Tour de Suisse in 1975, where, had he not had to wait for his team mate Thurau for three minutes when in the crucial break (an order from his team manager Post!) he would have finished fourth overall!

Dave’s rise to fame on the bike can only be described as meteoric.

He began racing at the end of 1969 after taking up the bike to stop the 40 cigarettes a day habit he had at that time!

It was fate that he met up with the great coach Eddie Soens at the beginning of 1970 to cure a bad knee problem.
Eddie took Dave under his wing, and Dave was a more than willing pupil, to such an extent that in only his second season in 1971 he rode four events in the World Championship: the Individual Pursuit, the Team Pursuit, the Team Time Trial and the Road Race!

In 1972 , after winning the Hilly Time Trial stage of the GP ANNABA in Algeria early in the year, Dave went on to finish 7th in his first stage race, which just happened to be the two week Milk Race, one of the top amateur stage races in the world!He also won the Hereford 2-Day with all the Olympic hopefuls taking part .

His biggest win of the year was, however, the GP William Tell, (the amateur Tour of Switzerland).
This was a pre Olympic build up and was a 10 day stage race 3 weeks before the Games, with all the Olympic Countries and teams entered, and Dave beat the lot.

He was unfortunate to fall in the Games Road Race as he was a favourite for a medal.

He won numerous road races and time trials in the same year and ended the season on a high with 2nd place in the prestigious Grand Prix des Nations.

At the end of 1972 Dave was offered a pro contract with Raleigh, and in the next three years went from winning the “Best Pro of the Year” in Britain in 1974, to one of the best Continental pros in 1975.

If Dave had not had to retire with a heart condition ( a congenital defect in the heart impulses he had from his Mother who had exactly the same condition)  at the end of 1975, who knows what he would have achieved?

Dave came back in 1979 after losing the best 3 years of his career, and he absolutely dominated racing in Britain for 6 years.

DAVE HAD 220 RACE WINS IN ALL DISCIPLINES IN HIS CAREER!

Dave was the first rider to beat 1 hour 30 minutes on the Isle of Man TT course.

In 1981 Dave won the Isle of Man Time Trial by 7.5 minutes! Who was second? One Laurent Fignon, who went on to win the Tour de France!

Dave was the first rider to beat 1 hour around Windermere in the Porthole GP.

In 1982 Dave won the Anfield 100 Miles Time Trial (in those days there were all B roads and 3 dead turns in the road) in 3 hours 47 minutes 10 seconds. This course record still stands today! The event record stood for 26 years … An all time record !!

In 1975 Dave broke the Road Records Association 50 mile record in 1h 35m 45s, and in 1982 Dave broke the RRA 25 mile record in 42m 37s!
In his comeback years Dave had to dispel the myth that he was just a time triallist, so in 1982 he rode the Girvan 3 day, winning the Points Competition, the King of the Mountains and the Overall, by winning the last stage alone wearing the yellow jersey!

All Dave’s rides were accomplished before the introduction of time saving devices such as tri-bars and disc wheels, which further highlights Dave’s awsome ability in the sport.

In the past 10 years, Dave has taken up riding Sportives and taken his competitive streak along with him (surprise, surprise!) He has had fastest time in at least 6 of them and has now , in 2007 and 2009, WON the fastest rider in his age group in the hardest one of all “LA MARMOTTE!”

Can any other coach match Dave’s experience in all aspects of cycle sport?
I think not!

Apart from his racing prowess, Dave has been the most innovative bike designer of his age.

He, and his wife, Chris, were the inventor of the skinsuit, and has been at the cutting edge of the sport for over 30 years …

If you choose Dave as your coach, you will be in safe hands!

PLUS !!  A personal note from Dave ….… “Let’s not forget the people who stand in the background and get no plaudits, but without whom I , for one, couldn’t have done any of the above”….

What can I say about Chris, my wife, partner and best friend for the last 45 years? One thing is for sure.. I wouldn’t be here today if it wasn’t for her!

I am so lucky to have her, that’s for sure, as she has been my support, inspiration and sounding board for all that time. Cycling is a very selfish sport, especially at the highest level, and as I was a Pro bike rider when we met, I guess Chris always knew what she was in for! She has never given me ONE WORD of negativity in all that time and has always been positive and behind me all the way. You just can’t do it without that type of support and I am so thankful to her for being who she is !!

We met in 1973, at a cycling club dinner of all things. Her dad was a mad keen amateur bike rider and Chris was from a ballet dancing background. So she knew what bike riding was, and she certainly knew what training was all about. She had obtained a scholarship to attend the Royal Ballet School at White Lodge in Richmond Park and boarded there from the age of 11 to 16. So hard training and discipline was no stranger to Chris.

What I love about Chris, among many things, is her pure , down to earth, common sense! I could give so many anecdotes about our times together , I could write a book, but I’ll just give you a few instances.

When we first met I was a first year Pro, trying my best to make a living in this country. I was getting so many second and third places it was boring, but that elusive win was taking a long time. Chris came to all the races with me and she noticed something about my sprint… She said ” You are only sprinting to the line and sitting up too soon and they are coming past you. You should sprint past the line and keep going and they won’t see you!” Wise words.. I tried this the very next race and won the thing !!

Chris also had to put up with so much. When I was a second year pro we based ourselves in Holland and we had only just set up house for about three weeks when I had to go to ride the Paris Nice and Milan San Remo. I was away for 3 weeks, leaving Chris in a strange house and with no friends around her,and not able to speak Dutch. Well, I got a fantastic reception when I eventually got home! She was so pleased to see me. This is what people don’t see about life as a Pro bike rider’s partner. All the sacrifices and the long spells away from home. When Chris gave birth to our lovely daughter, Holly, she had to bring her up single handedly, as I was always away racing. But, what a job she made of that, as Holly has turned out to be the same as Chris. A really lovely person, with great interpersonal skills and oodles of common sense. Having said that, neither of them suffer fools gladly !!

There are just too many examples of the sacrifices and hardship Chris went through when I was a Pro, but when Peter Post (our Director Sportive) was trying to crack me in 1975 as I was the only Brit left in the team and he wanted me home, it was Chris who pushed me on and told me not to give up on my dream to ride the Tour de France and show Post who was the boss !! So I persevered and was given my chance to ride in the Tour in 1976 and help Hennie Kuiper in the mountains. I had proved to Post that I was a great climber and he wanted me in the team.

Then tragedy struck in the winter of 1975/76 when my heart condition deteriorated and I eventually was told I couldn’t ride as a Pro any more for fear of my heart fibrilating on a Tour climb and the dire consequences that would have. I so clearly remember coming home to our little house in Holland from the docs after being told this, and crying like a baby! If Chris hadn’t been there to support me at this black, black time for me, I am convinced I would have topped myself. Chris kept me sane and we planned a different future for ourselves…

I could go on… and on…. but I’m sure you get the picture by now. Chris has been by my side all through the good times and the bad. BUT she never gets to stand on the top of the podium as I have so many times and taken the plaudits for winning big races. No-one sees the times when she has put me back together again when I have been in bits….

SO THIS PIECE IS FOR CHRIS… ( and we all need this sort of support at whatever level we race at, otherwise it won’t work)

THANKS FOR BEING THERE FOR ME!…

NONE OF WHAT YOU SEE ON THIS WEBSITE COULD HAVE BEEN ACCOMPLISHED WITHOUT HER! 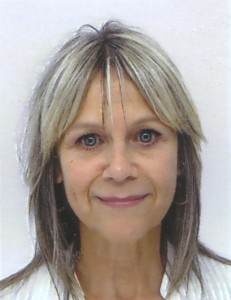 Plus he won the classics: